Parents: the main teachers of gender & expected roles and stereotypes for young children 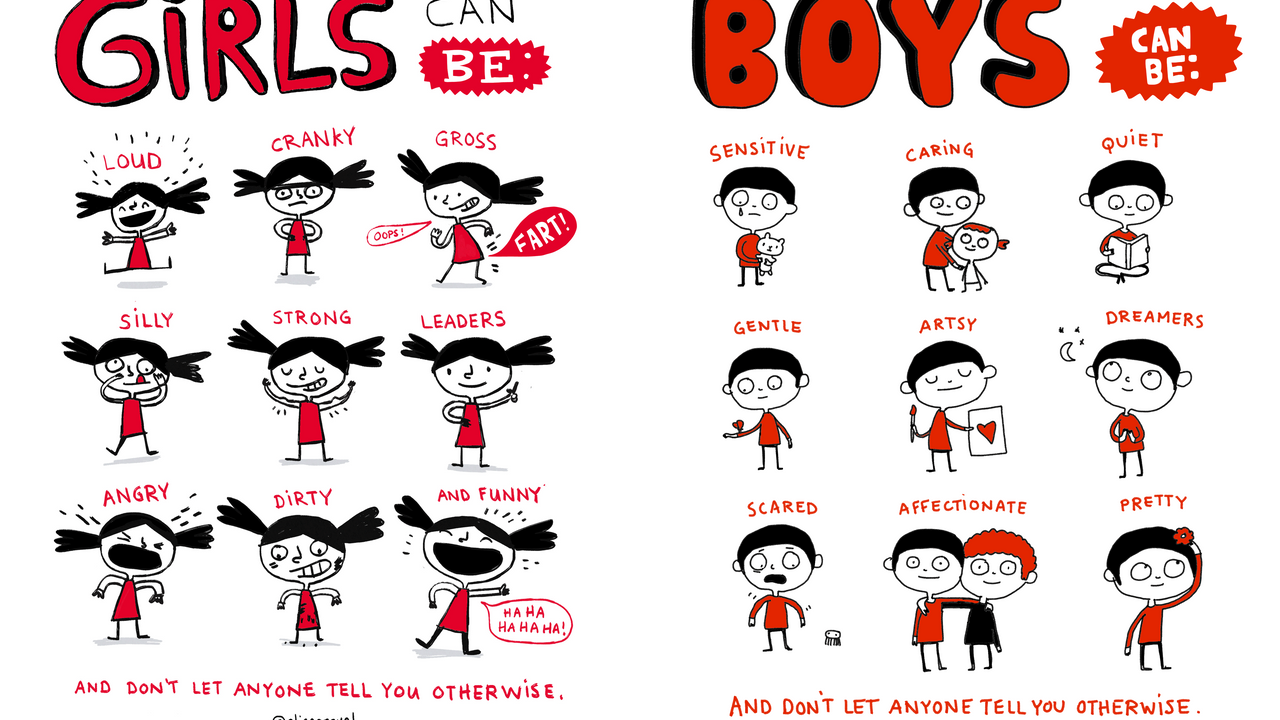 Parents, as you are the main educators for your children about gender*, expected roles and rigid stereotypes in our society, it’s important for you to know that traditional rigid gender stereotypes for males and females are one of the main contributors to disrespect towards and violence against women. Most parents might be surprised to know that these rigid stereotypes are mostly learned by (even very young) children at home.

Even though most parents would say they value gender equality, just over half incorrectly think their child is not influenced restrictive gender stereotypes, according to the resource: Challenging gender stereotypes in the early years: The power of parents, Our Watch Evidence Paper, March, 2018.

(*To learn more about gender, assigned sex and diversity read this article)

Our Watch goes on to describe that our children form their beliefs from the world around them – what they hear, see and talk about. And from the stories, people and experiences that are an integral part of their childhood.

Typically, before the age of two, children are conscious of the social relevance of gender and start to learn ‘gender appropriate’ and ‘gender-role’ behaviour. Children can become aware of gender stereotypes from around 18 months old and can usually identify their own gender by age two or three, when they tend to also have a growing understanding of some of the social meanings associated with gender categories, roles and stereotypes.

The Our Watch survey found:

Disrespect starts with the beliefs and attitudes we develop from a young age. Children are like sponges absorbing how we relate to each other in the home and in society.

Are your children exposed to gender equity and examples of equal gender opportunities and expectations?

Examples of shaping children’s rigid gender expectations can be seemingly benign such as in the example on Our Watch website. The grandfather in the toy store asks his daughter should he buy his granddaughter fairies or princess toys and the mum tells him to buy her blocks, because she likes building and the grandfather tells her there aren't any girls blocks only blue ones, the mum says she likes blue, buy her the blue ones.

If the gender stereotypes children learn from an early age are based on inequity, this can lead to disrespect of women later on.

The Let’s Stop It At The Start Campaign tells parents to be aware that:

Not all disrespect towards women results in violence.

But all violence against women starts with disrespectful behaviour.

The most common pattern of domestic violence contains these three interacting factors and are identified from decades of research by Australia’s leading domestic violence prevention agencies, such as Our Watch, VicHealth, DVRCV and ANROWS, as outlined in an article by Dr Peter Streker in Psychology Today October 2015, Volume 37 | Issue 5:

"Men tend to be more prone to becoming hostile and violent towards women if they:

These wonderful posters by Elise Gravel are free on their website, consider putting them up in your household. They show that kids can just be themselves and that they don’t have to conform to age-old beliefs that don’t make us happy and comfortable. 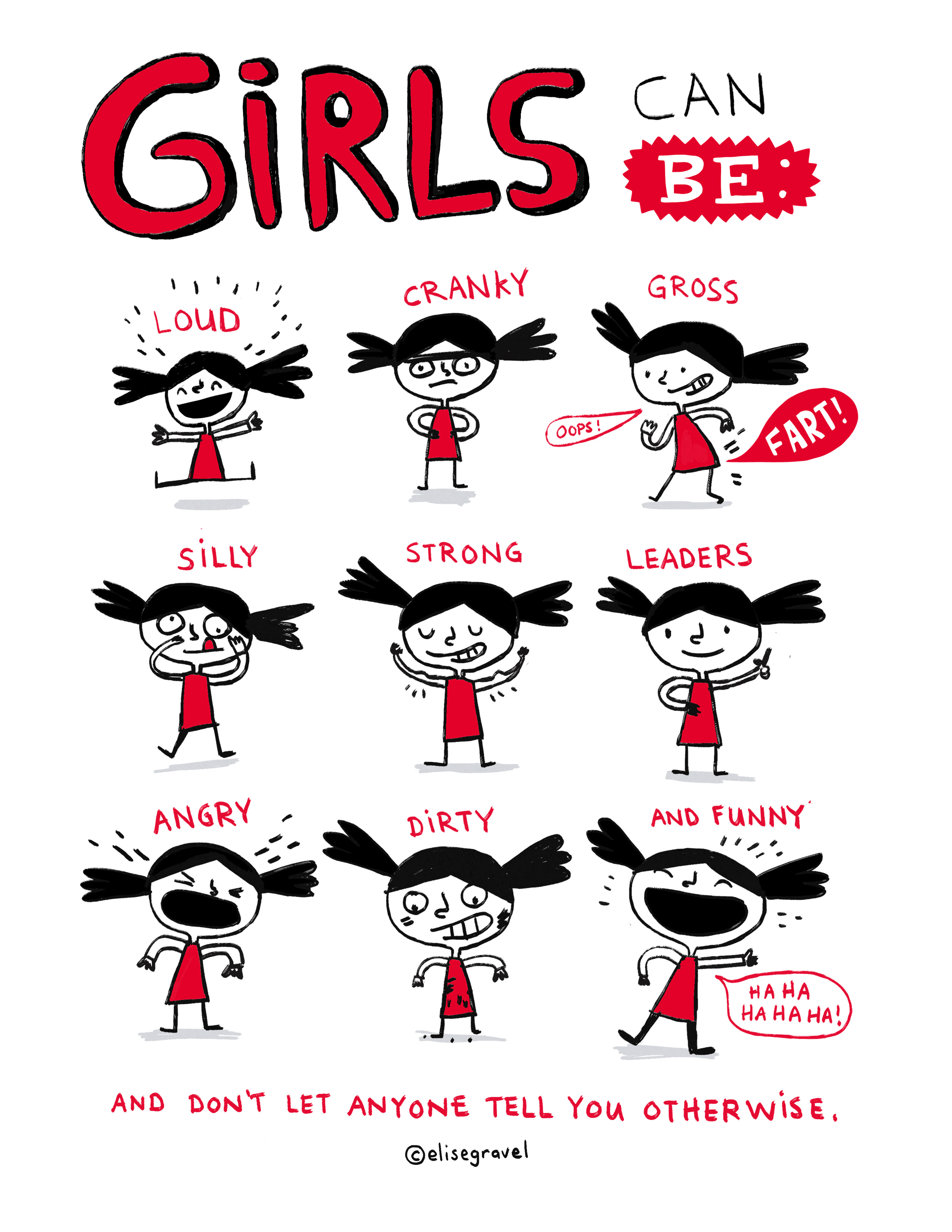 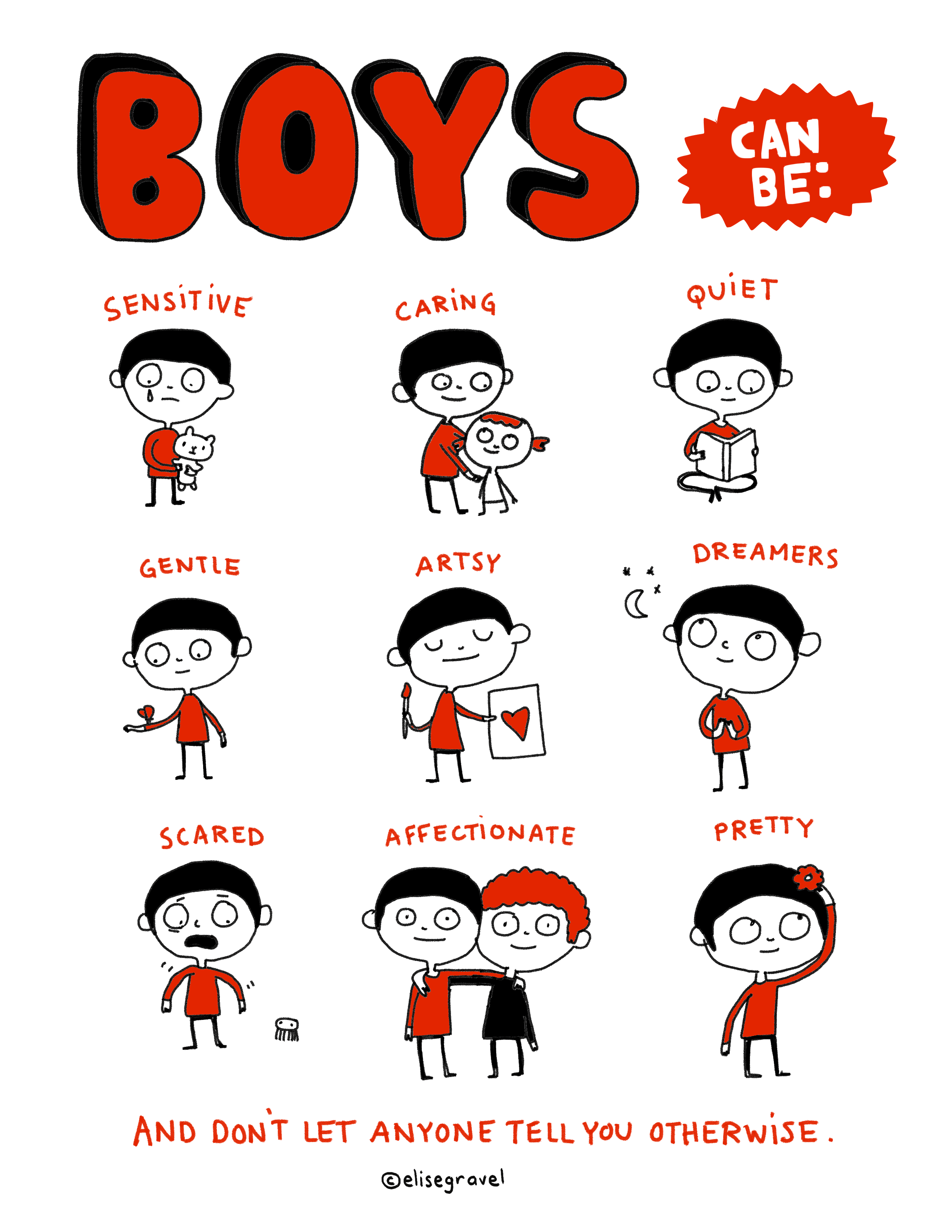